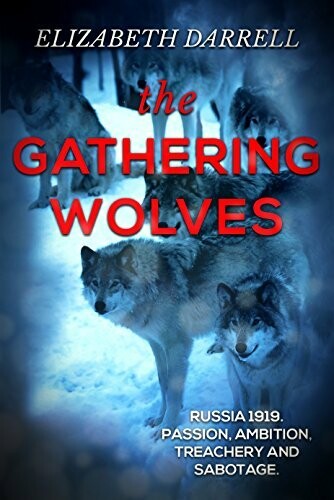 Russia 1919. At the height of the Russian Revolution thousands of White Russians are fleeing the horror of Red Moscow. Former enemies became friends, old allies became hostile. One of the main routes of escape is the railway which heads north through hundreds of miles of arctic forest. British engineer Paul Anderson takes command of a remote Russian station with orders to repair the damaged bridge and keep the railroad lines clear for allied forces. Bitter over the Russian’s withdrawal from war in 1917, Paul is none too thrilled to team with Colonel Alexander Swarovsky and the two form an uneasy alliance that is sorely tested when it’s apparent there is a traitor among their group. Further complicating things are the colonel’s wife Irina and sister Olga. Unstable Olga lusts after Paul, but Paul only has eyes for Irina who is more than happy to reciprocate. Into this mix comes the unexpected appearance of Swarovsky’s former mistress Lyudmilla Zapalova, Imperial ballerina trying to flee from Russia. Paul now faces his greatest challenge: getting them all out safely from their remote outpost and to a port where ships are waiting to take him – and perhaps Irina as well – back to England. Is the traitor one of the British soldiers, or is there a secret Bolshevik in Swarovsky’s troop of peasant soldiers? And can they escape the Red Army soldiers, intent on killing them all?