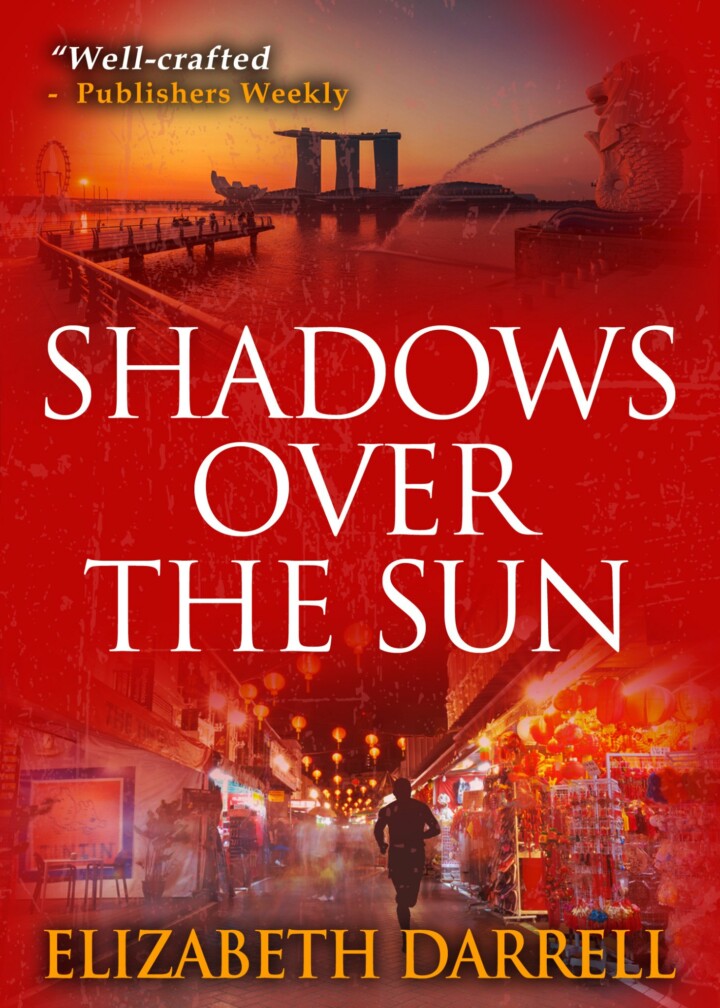 Set against a vibrant tropical background and dominated by characters whose ethnic beliefs vie with their westernized lifestyle, Shadows Over the Sun is brimming with all the excitement and complexity of modern Singapore.

Following brutal torture by terrorists, military hero Nick Hawkwood’s future looks bleak as he tries to regain his mental stability. Accepting an invitation from James Wellnut, a former colleague with the British High Commission in Singapore, Nick is caught up in the mystery surrounding the death of James’s predecessor, believed drowned at sea with a young Chinese lawyer. When Nick starts to probe too deeply, he soon realises that his own life is in mortal danger. But he is driven to prove he is still the man of action he has always been, and vows to expose those behind the deaths. As Nick’s investigation grows, he finds himself caught up in something more complex than he could ever have anticipated. To make matters worse, his former fiancé, Lara Scott, appears on the scene. Fighting personal demons and facing the revival of a traumatic love affair, Nick’s frail sanity is tested to the limit as he makes his bid for survival against overwhelming odds.