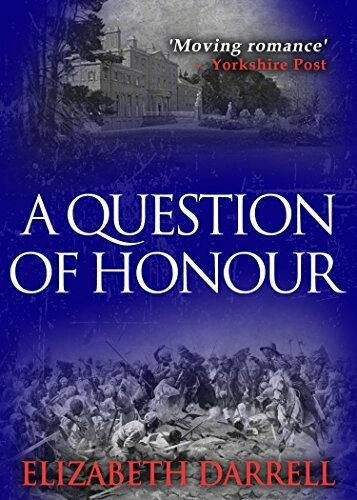 The first volume in the three-part Knightshill saga, this is a sweeping historical epic from Elizabeth Darrell, which was originally published under the name of Emma Drummond.

In their magnificent ancestral home of Knightshill, the Ashleigh family are holding their annual memorial dinner to honour their bravest hero in a long line of distinguished military men – Vorne Ashleigh, who lost his life in the siege of Khartoum in 1885. The head of the family, Sir Gilliard – his son having long since died – rules over his Ashleigh grandchildren with the military fervour that has earned him honours on the battlefield. All Sir Gilliard cares about is the continuation of the illustrious family line, but underneath him, the cracks are beginning to show… Will the peace-loving Vere Ashleigh, an invalid since childhood, ever win his grandfather’s respect? Will his hot-head brother Val achieve his dream of flouting family tradition by joining the cavalry? And what of grand-daughters Margaret and Charlotte, the one locked in a desperately unhappy marriage, the other left desolate when her much-loved brother goes away to war? What is more important, doing your duty or following your heart?  When it comes down to it, it is all A Question of Honour.