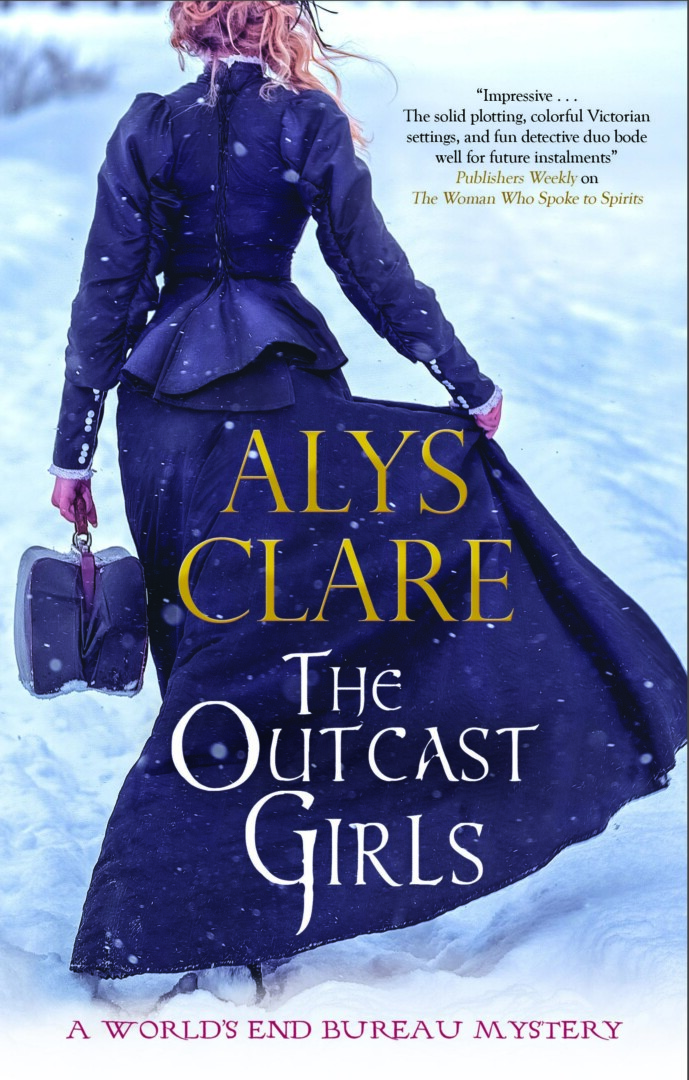 Felix and Lily are called on to investigate the mysterious disappearance of young girls from Shardlowes School, which seems to be the repository for the unloved or ‘outcast.’

Some teachers have left suddenly for the most precarious of reasons and Lily draws on her experience as a nurse to assume the (now vacant) role of assistant matron, observing the school from her cover position. Meanwhile, Felix makes good use of his theatre contacts and way with the ladies to uncover some unsavoury details about the school’s benefactor, the mysteriously named Band of Angels.  As his investigations progress, he realises that Lily is in very grave danger indeed.

This historical novel feels very current with its tales of abuse of power and privilege and the abandonment of or disregard of the weak or imperfect.

The page-turning intrigue bustles over the country via trains, dark paths in the Fens and towers by the sea in another satisfying tale from the mistress of historical mystery.

The second novel in the World’s End Bureau series.