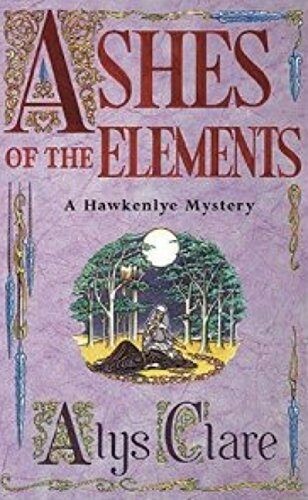 A grove of huge oak trees in the Wealden forest is felled. And, as if some ancient curse is being brought alive, the man who wielded the axes meets with a violent end.
The Sheriff claims the Forest People did it, but Abbess Helewise believes a supernatural solution is too easy an answer. She consults Josse d’Acquin, whose manor house in the Weald is now being renovated, and he, concerned about the safety of two girls from the abbey, enters the forest himself – to find something in this ancient part of Britain that terrifies even him.

A worthy heir to Ellis Peters, though grittier, materialises (Poison in the Pen on Ashes of the Elements)

It's gripping stuff, and it's sure to keep you hooked throughout (Daily Post)

Worthy of comparison with Ellis Peter's Cadfael books, this is a medieval mystery, simply but effectively told (Historical Novel Society)