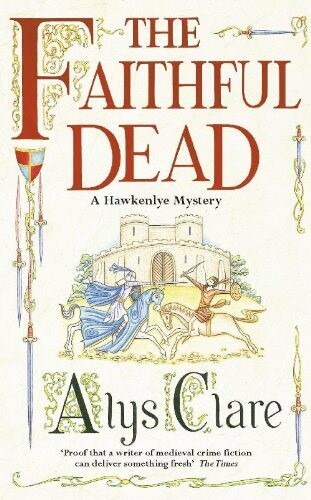 An elderly pilgrim dies in Hawkenlye Vale. Nothing suspicious about that: he was gravely ill when he arrived. Meanwhile Josse d’Acquin has a visit from Prince John. Accompanied by his seer, the Prince urgently seeks news of a stranger, Galbertius Sidonius. Hurrying to Hawkenlye Abbey to enlist the Abbess Helewise’s help, Josse finds that she has a problem of her own: a decomposing body has been discovered. Naked, and killed by an expert hand.
Josse’s brother, Yves, arrives; a visitor at Acquin has been asking for the brothers’ father, Geoffroi, who went to Outremer with King Louis and Queen Eleanor. Josse, Yves and the Abbess are hurled into a mystery whose roots stretch back much further than the Second Crusade. And, watching them with his strange dark eyes, is the enigmatic figure of the Prince’s Magister…

The fifth novel in the acclaimed medieval crime series set around Hawkenlye Abbey in the Wealden Forest of Kent.

A worthy heir to Ellis Peters, though grittier, materialises (Poison in the Pen)