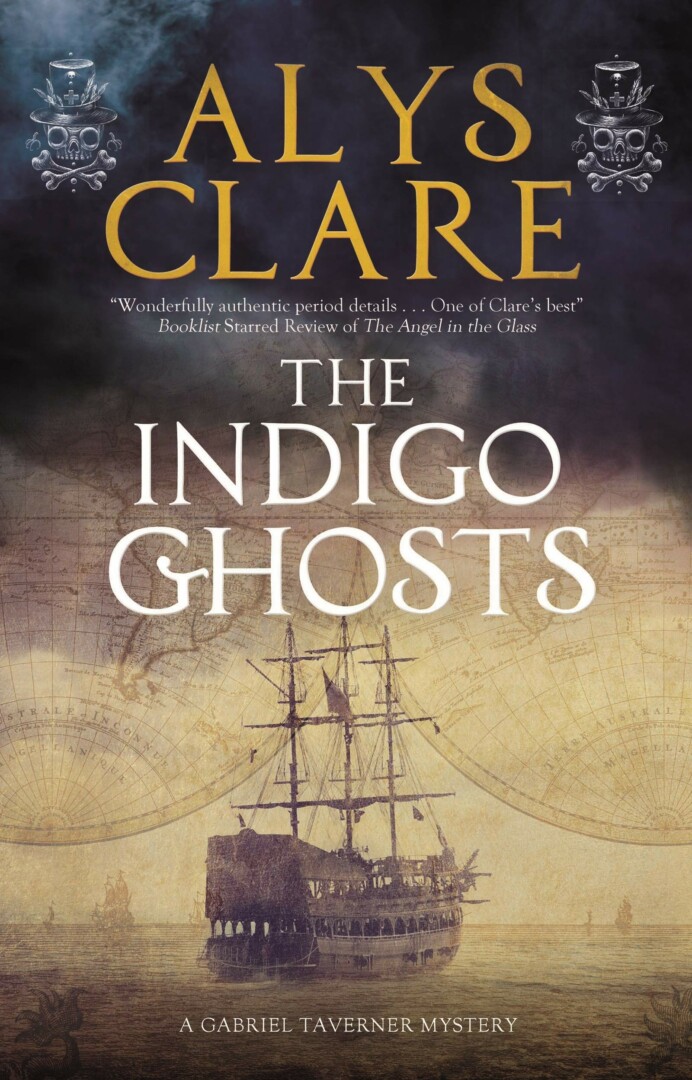 In this gripping forensic mystery set in Stuart England, Gabriel Taverner uncovers a series of shocking secrets when he’s summoned by his former naval captain to investigate strange goings-on aboard his ship.

October, 1604. Former ship’s surgeon turned country physician Gabriel Taverner is surprised to receive an urgent summons from his old naval captain. Now docked in Plymouth harbour, having recently returned from the Caribbean, Captain Colt believes his ship is haunted by an evil spirit, and has asked Gabriel to investigate.

Dismissive of the crew’s wild talk of mysterious blue-skinned ghosts, Gabriel is convinced there must be a rational explanation behind the mass hallucinations. But matters take a disturbing turn when he and the captain discover a body hidden behind one of the bulkheads. Calling on the help of his old friend, Coroner Theophilus Davey, piece by piece Gabriel uncovers a terrifying tale of treachery, dark magic, unimaginable cruelty – and cold-blooded murder.

A gripping and unique page-turner that juxtaposes brutal realism with an astonishing, otherworldly, magical adventure.
BookList