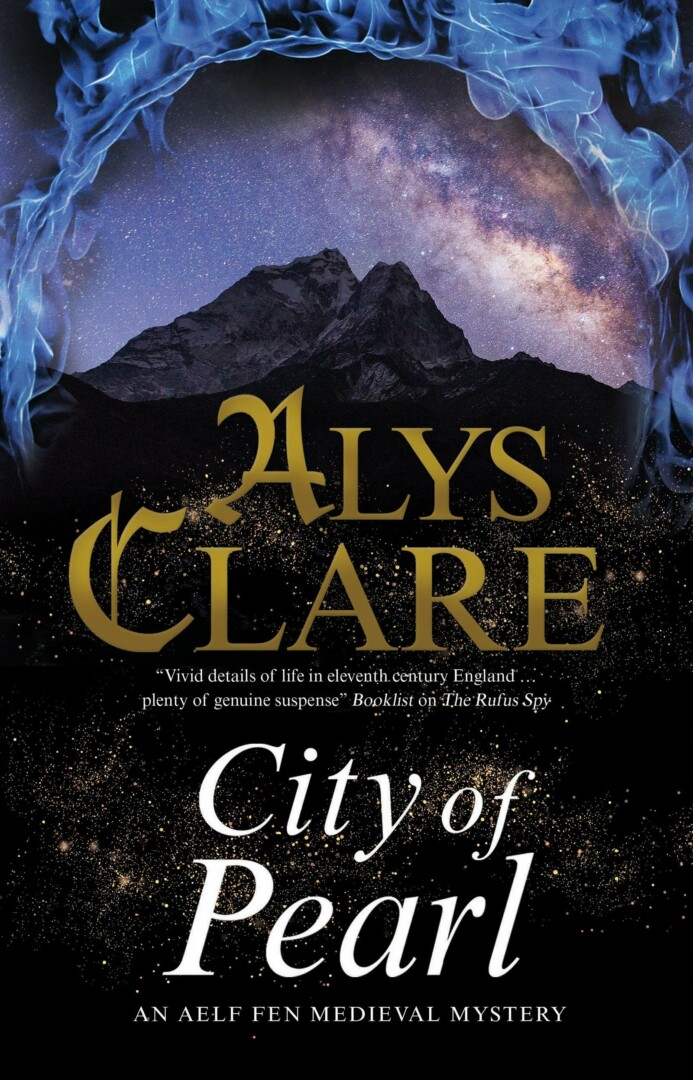 City of Pearl  – a rich and beautiful city where Christians, Jews and Muslims love in harmony..

Apprentice healer Lassair uncovers the secrets of the mysterious City of Pearl in this compelling Aelf Fen medieval mystery, ninth in the series.

October, 1093. At her mentor’s urgent request, Lassair is accompanying Gurdyman across the sea to Spain. But why is he so insistent on embarking on this difficult and dangerous journey just as winter approaches? And why does he seem so afraid? Could there be any connection to the vagrant found lying dead outside his home, a single pearl clutched in his outstretched hand?

As the pair reach the remote mountainous regions of northern Spain, Lassair will be tested as never before. Hot on her trail is Jack Chevestrier, the young lawman who loves her. But who is it who’s trying to kill him … and why?

Clare produces another winner in her Aelf Fen series.. Less a historical mystery and more of a genre-blender than the other titles in the series, this magical adventure story full of joy, danger and sadness will draw both Clare's crime fiction fans as well as fantasy readers. YA: Fans of Philip Pullman will enjoy this mystical adventure set in eleventh century Britain.
Booklist