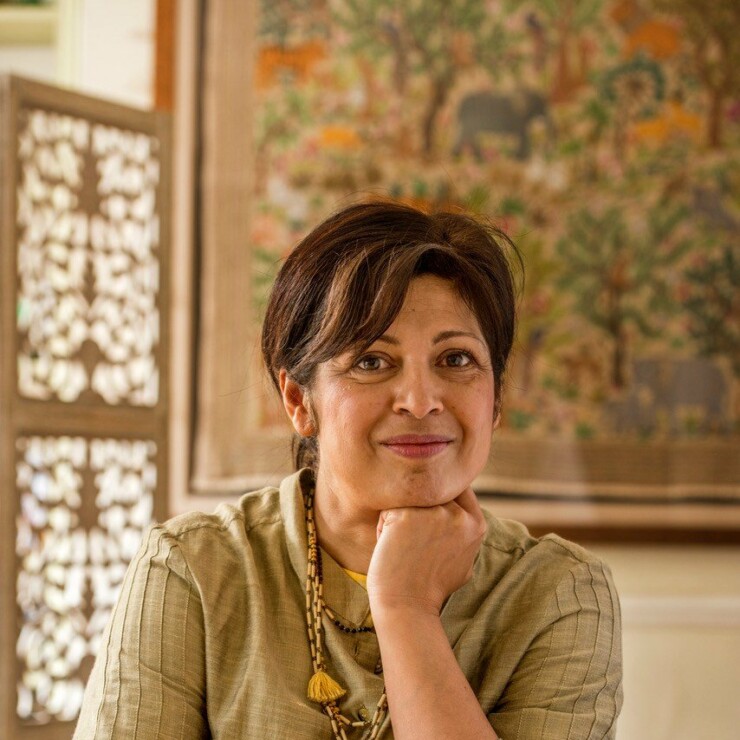 Sita’s remarkable debut book Artichoke Hearts (Macmillan 2011) won the Waterstone’s Prize 2011 and among many other awards, she has had five nominations for the Carnegie Medal.

Before children’s books, Sita already had an extremely distinguished career in theatre, both in theatre education and as a dramaturge. Starting at The Royal Court Theatre she went on to become Education Director for Talawa Theatre Company, (Britain’s first Black Theatre Company) and Head of Script Development for the Black and Asian Women Writers’ Project. As a dramaturge and script developer, she worked for The Arts Council, Kali Theatre Company and The National Theatre Studio and was commissioned by the RSC. Sita adapted Shaun Tan’s iconic graphic novel The Arrival for the stage in the UK where it enjoyed critical and public acclaim and was published by Methuen.

Her fifth book for Macmillan, Tender Earth ties up a trilogy featuring the same family in Artichoke Hearts and Jasmine Skies.

Sita has four children’s books published with Barrington Stoke (two nominated for the Carnegie Medal) and a picture book with Jane Ray for Otter-Barry Books. She has written original stories for two anthologies, raising money and awareness for causes close to her heart.  Several of her books have been endorsed by Amnesty and she has been made one of their Ambassadors. https://www.amnesty.org.uk/issues/amnesty-ambassadors

In 2017, Sita was Writer in Residence for Booktrust and in 2018 she was the recipient of the UK Honour (2018) for her novel Tender Earth from The International Board of Books for Young People.

Sita is working on her second  middle grade book for Orion, the first of which is a near dystopian novel Where The River Runs Gold an adventure which focuses on climate chaos, the plight of economic refugees and poverty inequality.

She lives in North London with her husband and has three children.

“A distinctive piece, full of ideas about how to integrate theatre and circus, which slyly creeps up on you and seizes your heart” – Lyn Gardner, The Guardian
“A 50-minute gem […] A beautiful, moving piece of loss and longing that never feels less than honest and truthful to those whose stories it represents” – Lesley Bates, The Stage