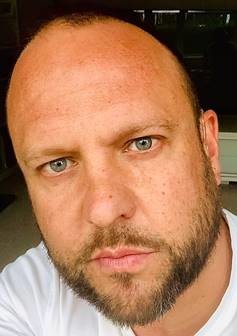 Paul Stephenson was born and raised in northern dockside ‘City of Culture’ (Hull) and worked in shipbuilding before becoming a published songwriter.

In 2021 Paul has a feature in pre-production (aiming for an autumn shoot), another feature script commission and is concentrating on creating original TV drama series and comedies. Paul achieved a distinction from the Royal Holloway University of London in his MA (Screenwriting for TV & Film), loves to work and bring ideas to a team and is part-owner of fledgling Production Company Kingston Films Ltd who recently had his international co-production crime drama KING OF HEARTS optioned by Circle Blue Entertainment and Freddy Films Inc. (Canada). After completing his MA, Paul was placed via MBA onto the BBC Casualty Shadow Scheme and was longlisted for the Kenneth Branagh Windsor Fringe Award for a one-act play.

‘TED MACKY AND THE ART OF WAR’

‘EGGS AND OTHER STUFF’  (longlisted in Windsor Fringe)