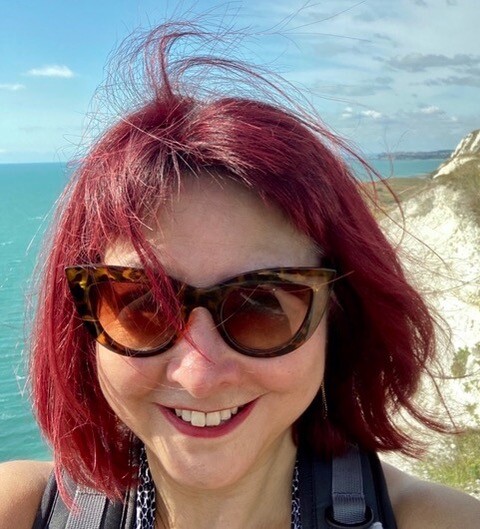 Ming has an extensive background in primetime series television (EastEnders, Casualty), and has recently focused on original work for stage, screen, and audio. Character-driven narratives with a strong emotional core and socio-political edge are her forte.

Of mixed heritage, with a father from Shanghai and Welsh mother, she was born in Folkestone and brought up in Gloucestershire.  Truthfulness is key to her work, which often interrogates issues of identity with nuance and an element of humour.

She won WGGB Best Radio Drama Award 2018 with her BBC Radio 4 play The Things We Never Said, featuring Siân Phillips and Lia Williams. This drew on the personal heartbreak of gradually losing her mother to dementia: how can you hold onto a relationship and sense of self, when the person you love knows only the present moment?

Her site-specific live audio drama Citizens of Nowhere? for Chinese Arts Now was based on research interviews and first-hand experience, to explore what it means to be British-Chinese in Brexit Britain, through the eyes of a Scots-Chinese family. Commissioned for première at London’s Southbank Centre, it transferred to the Edinburgh Fringe.

Citizens spawned a short film, British People, inspired by the pivotal character, Jane Lo, whose decision to stand for election as a Tory candidate casts a spotlight on the pressures of assimilation and throws into turmoil her relationships with socialist brother, Jun, and matriarch, Linda, a first-generation immigrant.  British People was released in The Uncertain Kingdom anthology of shorts reflecting the UK in 2019/20, available on BFIPlayer, iTunes, Amazon, Curzon, and GooglePlay.

“Special credit should also go to compelling ‘British People’, in which a Chinese-British woman standing for the Tory party must balance code-switching with her loyalty to her heritage” – Vulture Hound

Ming’s comedy drama Male Order in BBC R4’s Riot Girls series looks at gender politics and modern-day slavery through the story of Bristol dentist, Barbara, who returns from holiday in Rio with a toy boy new husband and finds herself arrested for human trafficking…

Sponsored by Theatr Clwyd, where she was Writer in Residence in 2019, Ming is currently on Sphinx Theatre’s Sphinx 30 development programme, a main stage play seed commission.  She is also keen to create more original screen work, with a particular interest in period stories, adaptation, and fact-based material.

Volume 1 of THE UNCERTAIN KINGDOM (anthology of 20 films about the UK in 2019), released June 2020 on BFIPlayer, iTunes, Amazon Prime, Curzon Home Cinema, and Google Play (cinema release deferred due to COVID-19)