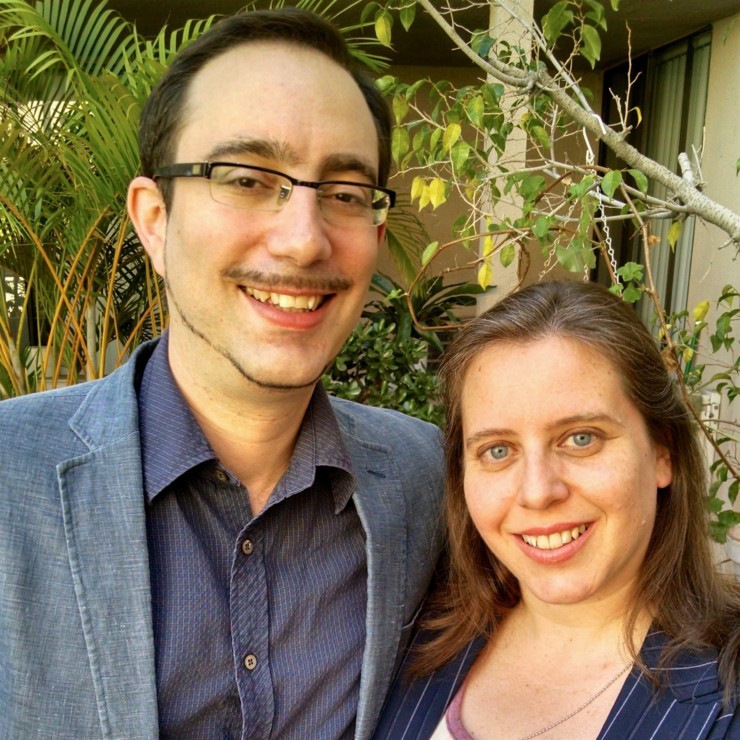 Husband and wife team Dan & Nuria Wicksman began writing together at film school in Leeds, and have since written for film and TV companies in fifteen countries.

In 2010, Dan & Nuria moved from the UK to Los Angeles, where they have been working on film and TV projects. They are represented in the US by Marty Shapiro Management.

“Dan and Nuria are fantastic writers whom I have used on several projects. With them I get two heads for the price of one, and both male and female perspectives.” Steve Walsh, Evergreen Productions.

Broadcast in 50 territories worldwide, and sold into Syndication in the US

THE SECRET OF EEL ISLAND

Also commissioned to write sketches for LAUGH OUT LOUD by SMG for Nickelodeon, and for BBC Interactive for the Digital Curriculum

SABRINA: SECRETS OF A TEENAGE WITCH

Episode based on popular character in United Arab Emirates

Two episodes of the flagship show for HIT Entertainment

Four episodes of series broadcasting 80 territories worldwide, including BBC in UK, and Disney channels US. BAFTA-nominated 2006

One episode for Calon / Five (UK)

THE MAN IN THE BOX

TENTACLES ARE A GIRL’S BEST FRIEND

Script won a Gold Remi at the Houston Worldfest 2005

Short film, screened at international festivals and picked up by the British Council for promotion

I WANT A TRUMPET and I WANT A SHOP