The Pearly Prince of St Pancras 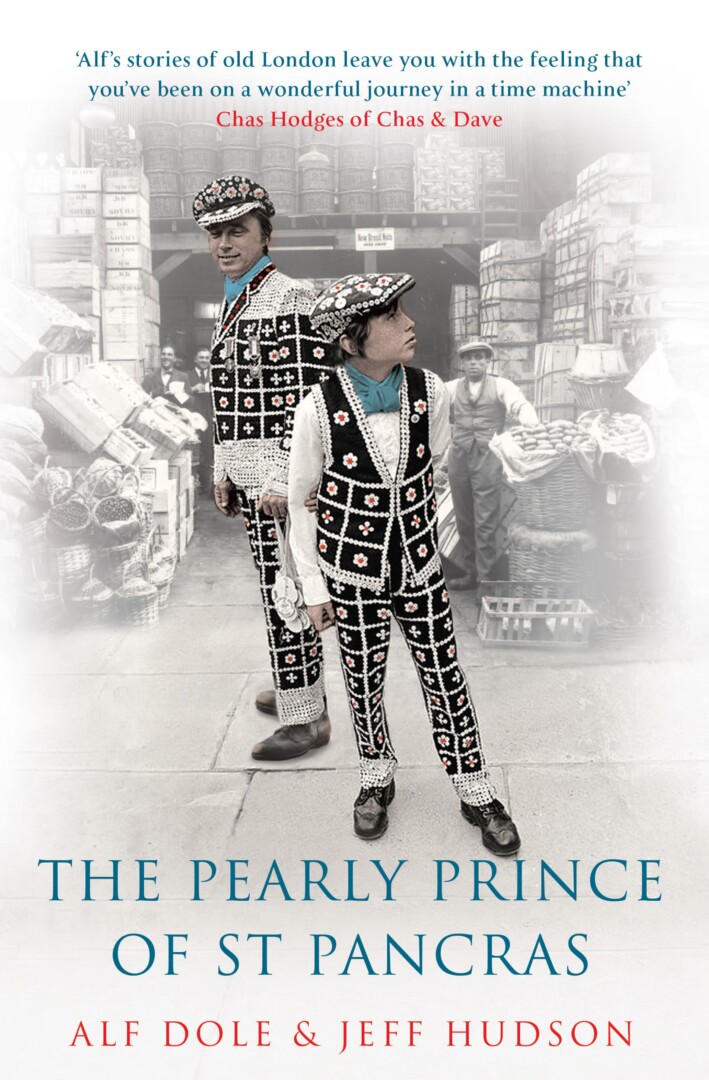 Pearly Kings and Queens are one of the quintessential icons of ‘old London’, originally invented to imitate and parody wealthy West End society but also to raise money for charities and good causes. Alf Dole lived his life in this tradition and was the grandson of the very first Pearly King of St Pancras.

Born in 1930, Alf grew up in a close-knit family of costermongers – fruit and veg sellers – and his heartwarming memoir recounts London life in the city in a time of horses and trams, pubs where sing-alongs around the piano happened every weekend and summers were spent hop-picking in Kent. When war came along, Alf was evacuated to Wales, where he continued to wear his pearly suit and entertained the locals by playing the spoons. After the war he continued to sell fruit and veg, working in Chapel market. He also had his own sea food stalls outside public houses.

Capturing the camaraderie of working in London’s street markets in the middle of the 20th century and surviving the Second World War, Alf’s memoir also serves as an important slice of social history from a time when working-class communities were proud to celebrate their traditions. Sadly Alf died just after completing his story but his daughter Diane, herself a Pearly Princess, is continuing the family custom in fine tradition.