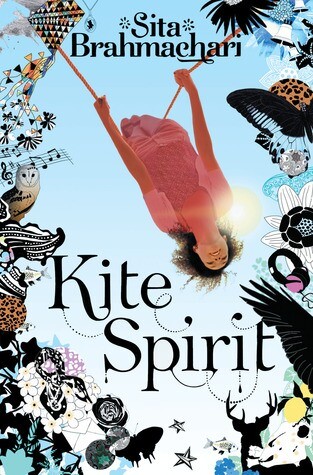 During the summer of her GCSEs Kite’s world falls apart. Her best friend, Dawn, commits suicide after a long struggle with feeling under pressure to achieve. Kite’s dad takes her to the Lake District, to give her time and space to grieve. In London Kite is a confident girl, at home in the noisy, bustling city, but in the countryside she feels vulnerable and disorientated. Kite senses Dawn’s spirit around her and is consumed by powerful, confusing emotions – anger, guilt, sadness and frustration, all of which are locked inside. It’s not until she meets local boy, Garth, that Kite begins to open up – talking to a stranger is easier somehow. Kite deeply misses her friend and would do anything to speak to Dawn just once more, to understand why . . . Otherwise how can she ever say goodbye? A potent story about grief, friendship, acceptance and making your heart whole again.

Longlisted for the UKLA award in 2014

An outstandingly beautiful story about a girl coping with her friend’s death. 'Sita Brahmachari’s haunting novel set amidst the rugged beauty of the Lake District promises to be one of 2013’s most powerful and emotionally charged stories in the burgeoning young adult market.Perfectly pitched and written with the utmost sensitivity and truly uplifting charm, this is a book to read and treasure, to gain wisdom and understanding, and to comfort and console. Kite Spirit is a masterclass in wise and sympathetic storytelling and a superbly constructed lesson in the joys of friendship, the human heart’s ability to heal itself and the importance of acceptance and renewal. A moving and unmissable treat for both teens and adults
Pam Norfolk, The Lancashire Evening Post

Brahmachari writes with an incredible grace. She is very, very good at getting to the truth inside her work, be that the emotional heartache of Mira or the near-incomprehensible pain of Kite in Kite Spirit. Reading a book by Brahmachari is a very precious thing indeed. And Kite Spirit is a more than fitting tribute to one of the best writers to emerge on the scene in recent years. It's a book that is packed full of truth, sadness and a very quiet humanity.
Quote from LH Johnson on Good Reads

Grounded firmly in the real world is Kite Spirit (Macmillan, £6.99) by Sita Brahmachari. Kite’s life is shattered when her best friend, Dawn, commits suicide. Stunned by grief, and overcome by feelings of guilt, Kite struggles to continue with the everyday routines of her life. When her Dad’s work takes him to the Lake District for the summer, Kite goes with him and there she finds a way to live her life without Dawn. Sita Brahmachari captures the maelstrom of shock, disbelief, anger and pain that is grief without sliding off  into either hysteria or sentimentality in this difficult, but rewarding, book.

Jane E Sandell, The Children's Editor of The Scotsman.

Kite’s best friend Dawn takes her own life on the morning of their GCSE Geography paper. Not because she was anxious about the exam – she was an A* student. Things are more complicated than that. Kite and Dawn had been best friends since they met in the playground of their London nursery school. Kite is the daughter of singer-songwriter Seth from Sheffield and flamboyant choreographer Ruby, whose family still lives in St Kitts. Her parents let Kite ‘choose her own name’ when, as a baby, she had ‘kicked my legs cos I saw a kite flying’. She has lived up to her name ever since, as a runner, a gymnast training with Circus Space, a flyer in every way. Dawn’s parents are more conventional and she had been more tentative, less self-assured; she found her way of flying through playing her oboe – and here she had seemed to have a brilliant future.
Kite’s journey from that morning of Dawn’s suicide is both spiritual and psychological, made possible through a literal journey she takes with Seth to the Lake District. He’s there to write music, but also to search for his own roots, since his mother was adopted in that area after the war and never knew her parents. As Seth discovers strands of his identity, Kite sees more clearly the security and open warmth of her own extended Caribbean family. Kite meets several people in the Lakes; each one in some way helps her understand the emotional numbness into which she has fallen. Finally Garth, a boy of her own age, enables her to release the dam which has prevented her grieving, to find a way of letting Dawn go without losing her. His care for her is intuitive and gentle – through actions rather than words.
There are other, more mystical strands, anticipated in lines from The Prelude which precede the narrative. Owls intervene in the story almost as messengers, their presence releasing moments of insight. The landscape and even one luxurious modern cantilevered house (planning permission, in a National Park?) also work upon Kite’s mind which, as the weeks pass, becomes in Wordsworth’s words, ‘nourished and invisibly repaired’.
'Kite Spirit' Reviewed by Books For Keeps Review by Geoff Fox