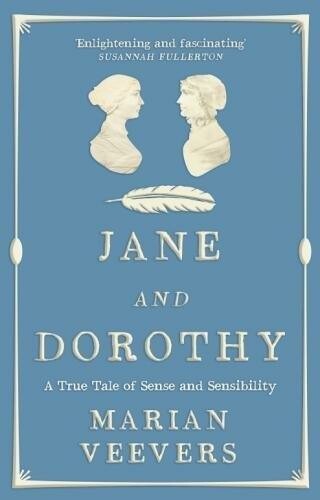 Jane Austen and Dorothy Wordsworth were born just four years apart, in the 1770s, in a world torn between heady revolutionary ideas and fierce conservatism, and both were influenced by the Romantic ideals of Dorothy’s brother, William Wordsworth, and his friends. Jane and Dorothy compares their upbringing and education, home lives and loves and, above all, their emotional and creative worlds. Original insights include a new discovery of serious depression suffered by Dorothy Wordsworth, a new and crucial discovery about Dorothy and William’s relationship, and a critical look at the myths surrounding the man who stole Jane’s heart. This is the first time these two lives have been examined together.

Jane and Dorothy is an enlightening and fascinating book that tells the stories of the two very different women showing what divided them and yet also showing in a surprising and intriguing way what they had in common.'
Susannah Fullerton, President of the Jane Austen Society of Australia#

'Veevers writes an intelligent and sometimes searing portrait of two pivotal women in English literature, near contemporaries Jane Austen and Dorothy Wordsworth....(Her) writing flows effortlessly and sustains interest ... Most commendable is the way she depicts the insecure and sometimes demeaning reality of their lives - leaving readers to question what more these individuals might have produced in a society less weighted against them.' Publishers Weekly

'In this entertaining biography, written in an intimate, personal style, the author employs a chronological narrative to explore the different ways in which these two women responded to the obstacles presented by Georgian society… A well-researched, wonderfully told story of two women of their times.' Kirkus