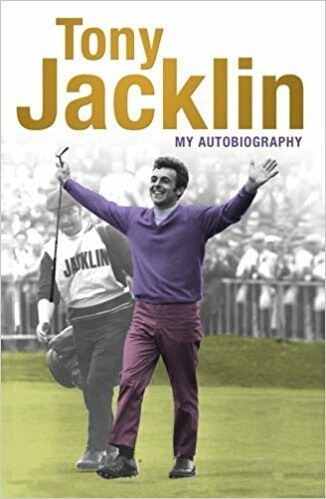 Golf is the new football; the papers are full of celebrities pictured, letting rip on the green, and audiences for the British Open and the Ryder Cup are soaring. Tony Jacklin is an icon to this new trendy golfing crowd. He was the Beckham of his day, and he knew how to win.

In 1969, Tony Jacklin became a national hero when, with his trademark gutsy style, he became the first British player in nearly twenty years to win the British Open. He topped this less than a year later by winning the US Open. He was the first British competitor to win the tournament for fifty years, and no European has since managed it.

Now Jacklin looks back on his career as the godfather of modern golf, recalling his triumphs and trials and assessing how the game has changed. As the man credited with igniting the rivalry between the US and European golf teams, Tony will also tell the previously unheard stories of his Ryder Cup captaincy. Forthright and candid, “Tony Jacklin: My Autobiography” will reveal how the one-time world’s best golfer found the passion and motivation to win.