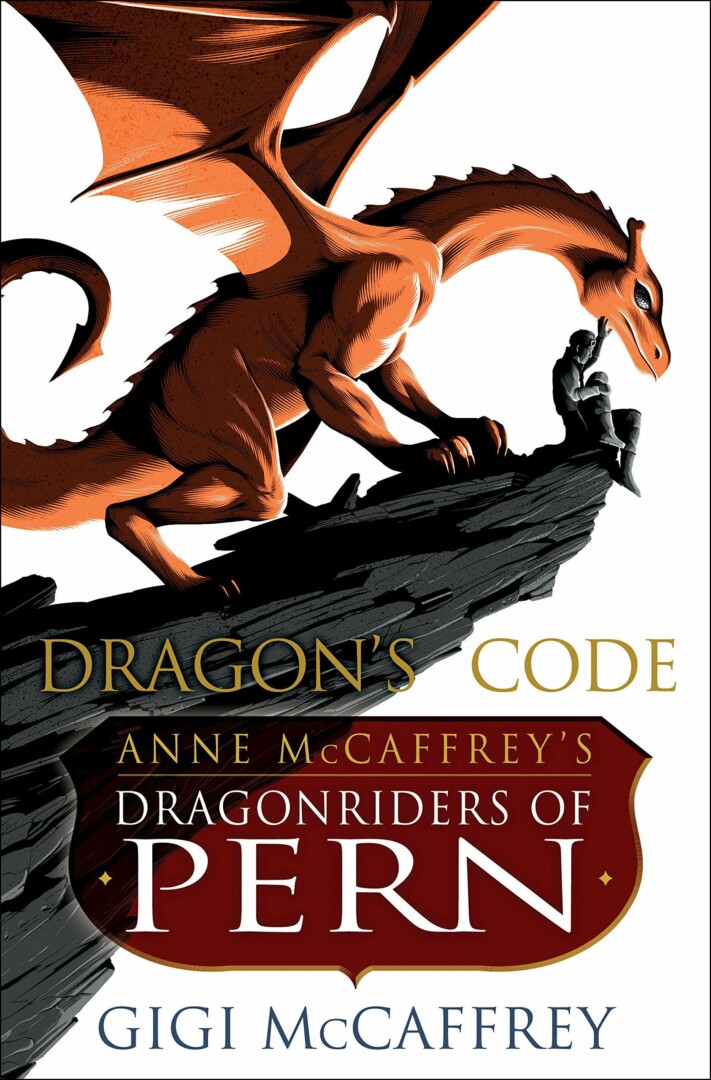 A new hero emerges in a divided world as one of sci-fi’s most beloved series–Anne McCaffrey’s Dragonriders of Pern–relaunches with this original adventure from Anne’s daughter, Gigi McCaffrey.

In honour of the fiftieth anniversary of the Dragonriders of Pern series, Gigi does her mother proud, adding to the family tradition of spinning unforgettable tales that recount the adventures of the brave inhabitants of a distant planet who battle the pitiless adversary known as Thread.

The last time Thread attacked Pern, the world was unprepared for the fight–until the Oldtimers appeared. These courageous dragonriders arrived from the past, traveling four hundred years to help their descendants survive. But the collision of past and present took its toll. While most of the displaced rescuers adapted to their new reality, others could not abide the jarring change and found themselves in soul-crushing exile, where unhappiness and resentment seethed.

Piemur, a journeyman harper, also feels displaced, cast adrift by the loss of his spectacular boyhood voice and uncertain of his future. But when the Masterharper of Pern sees promise in the young man and sends him undercover among the exiled Oldtimers, Piemur senses the looming catastrophe that threatens the balance of power between the Weyrs and Holds of Pern.

When the unthinkable happens, Piemur must rise to the challenge to avert disaster and restore honor to the dragons and dragonriders of Pern. Because now, in a world already beset by Thread, another, more insidious danger looms: For the first time in living memory, dragons may be on the verge of fighting dragons.