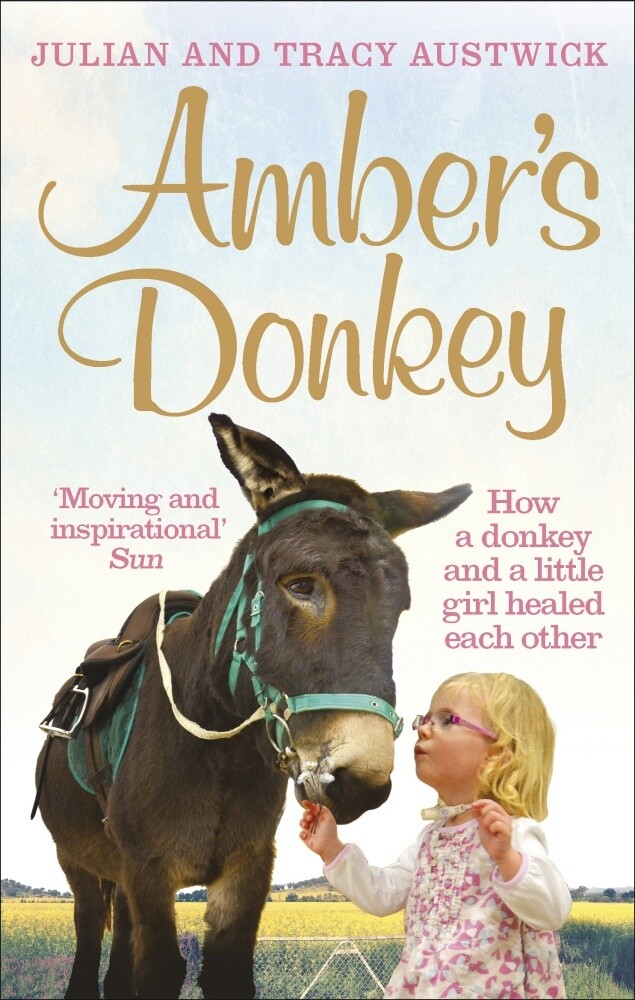 When Shocks the donkey was left for dead on a farm in Ireland, no one ever thought he would make a full recovery. His was the worst case of neglect the rescuers from the Donkey Sanctuary had ever seen. Shocks had blood poisoning caused from a massive infection in his neck. His cruel owners had poured industrial bleach into his wounds and left him dying, tethered to a pole. When Amber was born 26 weeks premature, she was rushed into theatre for an emergency tracheostomy. Just as her parents, Julian and Tracy Austwick, were trying to come to terms with the news that their daughter would never be able to speak, they were dealt the blow that she also had Cerebral Palsy. Amber developed a fear of people because of her painful treatment, and her growing isolation filled her parents with despair. Julian and Tracy thought Amber would never be able to live a normal life like her twin sister, Hope. Their lives crossed when Amber’s parents sent her to the Donkey Sanctuary’s Assisted Therapy Centre in Birmingham as a last ditch attempt to help her recovery. The two broken souls latched onto each other, and as time went on, they healed each other’s wounds. Amber and Shocks grew in strength and confidence, and learned to trust people again. Thanks to riding Shocks, Amber developed her muscles to the point where she defied all of the doctors’ predictions. Thanks to Amber, Shocks came out of his timid shell to blossom into the most popular donkey at the sanctuary.  Amber resuscitated him, and Shocks gave Amber a life she never would have otherwise had. Their unique friendship is seen through the most touching of interactions. When Shocks first saw Amber coming, he lowered his head so she could wrap her arms around his nose. “It’s as if they understood each other’s pain. Like two broken beings, helping each other,” said Amber’s mum, Tracy. This touching story is a life-affirming tale of recovery through friendship.

"Moving and Inspirational" - The Sun