This Party’s Dead by Erica Buist is out now! 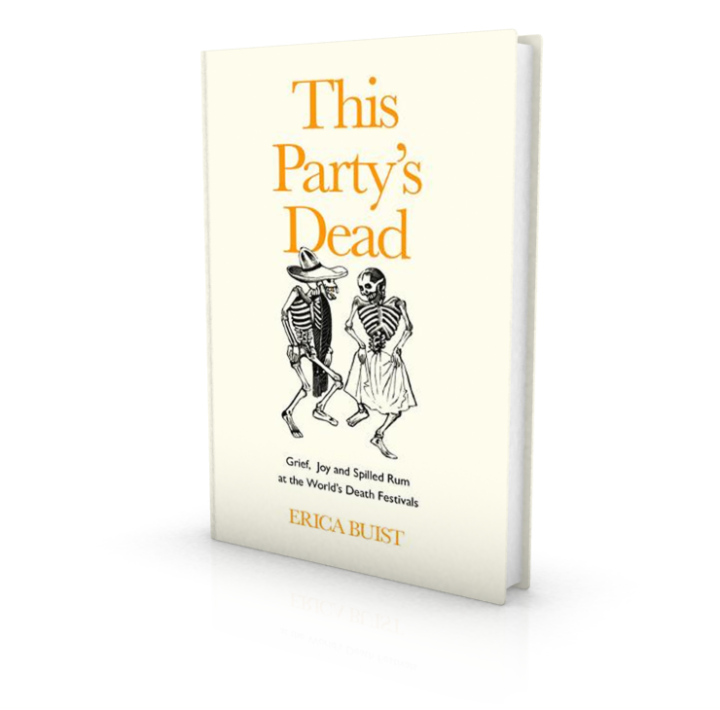 Grief, Joy and Spilled Rum at the World’s Death Festivals

By the time Erica Buist’s father-in-law Chris was discovered, upstairs in his bed, his book resting on his chest, he had been dead for over a week.

While her husband maintained a semblance of grace and poise, Erica decided to confront death head-on by visiting seven death festivals around the world – one for every day they didn’t find Chris. From Mexico to Nepal, Sicily, Thailand, Madagascar, Japan and finally Indonesia – with a stopover in New Orleans, where the dead outnumber the living ten to one –

What if we too responded to death… by throwing a party?

Out now to rave reviews, interviews and accolades!  Published byUnbound.