The Indigo Ghosts by Alys Clare is out now! 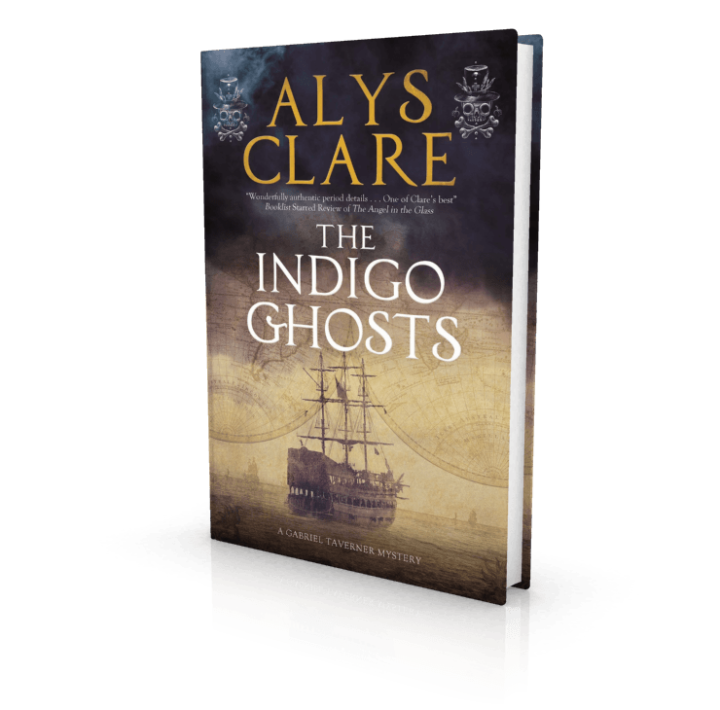 October, 1604. Former ship’s surgeon turned country physician Gabriel Taverner is surprised to receive an urgent summons from his old naval captain. Now docked in Plymouth harbour, having recently returned from the Caribbean, Captain Colt believes his ship is haunted by an evil spirit, and has asked Gabriel to investigate.

Dismissive of the crew’s wild talk of mysterious blue-skinned ghosts, Gabriel is convinced there must be a rational explanation behind the mass hallucinations. Bodies, wounded or dead, appear and disappear; none more intriguing than a tiny corpse which was nailed by the throat to the rib of the ship. As Gabe’s involvement with the intrigue deepens, grim moments of history are revealed –  slave trade,  plantations, punishing sea voyages of discovery, the dark side of the Catholic faith and voodoo. He finds the fugitives’ reality has been fear, starvation, death, disease and black magic and is keen to prevent another present evil, hot on their heels from reaching them.  But can he get to them first?

This is the third in the  gripping Gabriel Taverner mystery series.