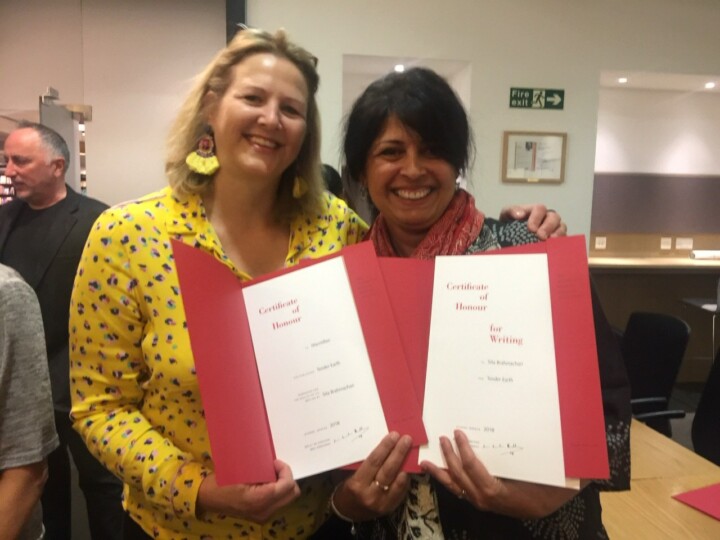 Sita was nominated and awarded by IBBY for writing Tender Earth, published by Macmillan.  She collected her award at Waterstones, Piccadilly.  The International Board on Books for Young People (IBBY) is a non-profit organization which represents an international network of people from all over the world who are committed to bringing books and children together.

IBBY: Tender Earth is a richly textured story of personal growth and political awareness with a cast of characters reflecting the diversity of UK society and described by Amnesty International UK as illuminating the importance of equality, friendship and solidarity.

Sita is pictured here with her editor at Macmillan, Venetia Gosling.